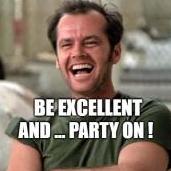 megatrends My Covid Year of Pussy Revival:  Starting Over from Snatch

By Rom,
February 25 in Welcome to the Romscars Club